I’m still catching my breath after what has been an all consuming last couple of weeks of nonstop activity, the culmination of more that two months of concentrated work. The basic tracking for my first ever big band album is complete! Over seven days of recording in Miami, an outstanding and dedicated group of musicians came together to record nine of my original works for large ensemble. A combination of players from my incredible Frost School Of Music family including faculty, alumni, and current students, along with eminent figures from the South Florida musicians community and special guest artists, outdid themselves with their skill and devotion in the execution and interpretation of some challenging music. Their creative talent in solo and ensemble work was copiously exhibited throughout. In other words, they crushed it!

Hollistic MusicWorks artist Rob Schneiderman has been racking up great reviews and critical acclaim for “Tone Twister”, his new recording and maiden effort on the HMW label. Check out a bit of the buzz:

“Throughout his sideman stints with notables such as James Moody, J.J. Johnson, Art Farmer and Eddie Harris, his tenure in the band TanaReid and his 10 previous discs as a leader, pianist Rob Schneiderman has shown a straightahead heart marked by lyricism and no-nonsense taste.
That holds true on this set featuring eight originals burnished with subtle left  turns and infused with shades of Latin (“Footloose Freestyle”), blues (“Tone Twister”) and even a dose of half-time funk (“Left Coast Lullaby”). The centerpiece grabber is “Slapdance-Tapstick,” an uptempo swinger inspired by tap dancer Buster Brown.
This quintet’s sumptuous sound owes much to the rich, warm front- line union of trumpeter Brian Lynch (who owns the label and produced) and tenor saxophonist Ralph Moore. These two luminaries are, of course, tremendous soloists. But the key here is their rare sonic blend.
Bassist Gerald Cannon—taking time off  from his long tenure as McCoy Tyner’s musical director—lends his signature fat, solid support, while drummer Peter Van Nostrand is grooving, probing and catalyzing throughout. In essence, it’s the sound of a deeply connected quintet.”

Here’s a sample of the good words coming Jared’s way:

“…Hall’s debut recording, Hallways, on (Brian) Lynch’s Hollistic Musicworks label, expresses clearly his compositional prowess, and his trumpet style that is both expressive and aggressive, with emotional swings more reminiscent of hard bop trumpeters like Lee Morgan and Donald Byrd… 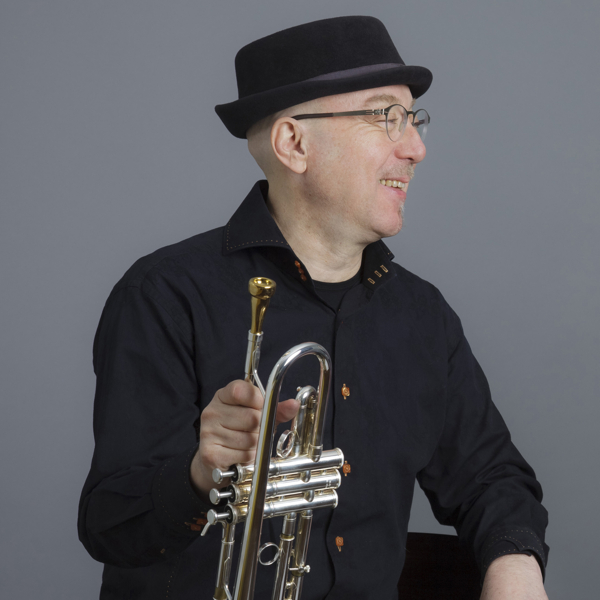