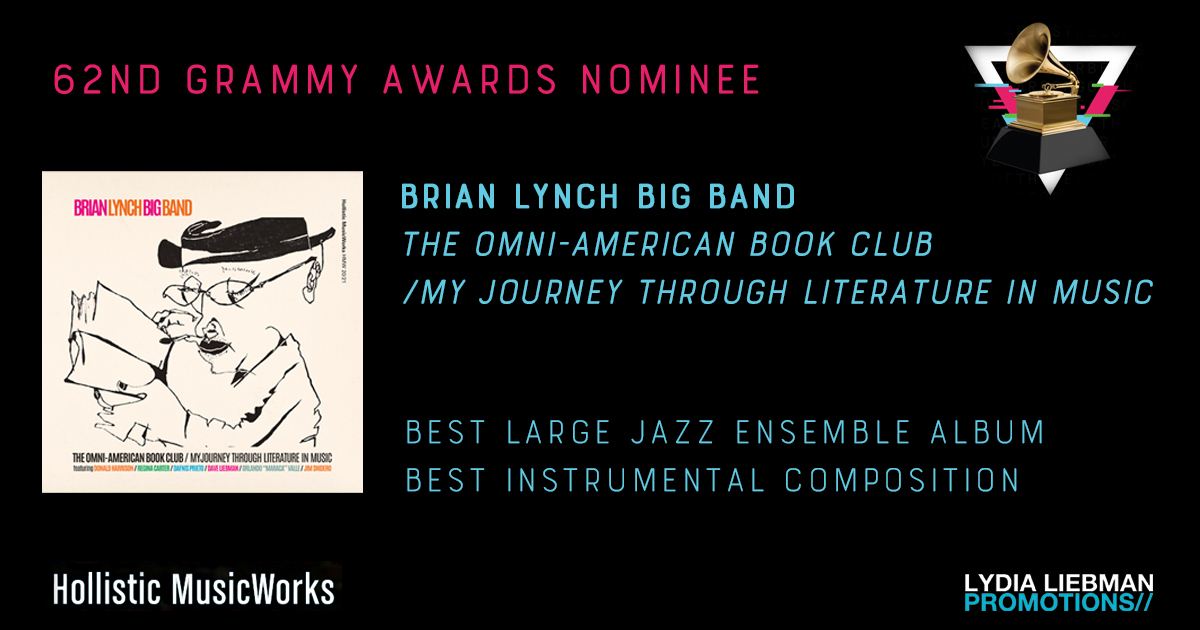 I’m elated, ecstatic, and just plain blown away by my two Grammy nominations for The Omni-American Book Club! My thanks to all the musicians and other creative artists that made this project possible, my production and publicity team, and the authors and books that were the source of inspiration for this music.

It seems that any fears that I had that our achievement would be overlooked or under appreciated amongst the crowd were misplaced – in the short time the release has been out (and even shorter time for the CD itself) recognition and critical acclaim for the album has been steadily building, with the meat of the reviews still to come. Check out some of what some folks (including myself) are saying about the project:
All About Jazz Review by Jack Bowers:
https://www.allaboutjazz.com/the-omni-american-book-club-my-journey-through-literature-in-music-brian-lynch-hollistic-musicworks
Brian Lynch Interview for NextBop:
https://www.nextbop.com/blog/trumpeter-brian-lynch-on-his-new-big-band-album-the-state-of-jazz-music-and-his-advice-for-the-next-generation
Review for “Step Tempest” blog:
https://steptempest.blogspot.com/2019/11/large-larger-ensemble-music-autumn-2019.html?m=1

Meanwhile, the album is making inroads on jazz radio despite the long length of many of its tracks, rising to #33 on JazzWeek in its second week on the chart.

And of course, the jewel in the crown – TWO Grammy nominations, for Best Jazz Large Ensemble Album and  Best Instrumental Composition (for “Crucible For Crisis”). We have a lot to crow about, and I have a lot to be thankful for, namely the incredible work all of you have done in making this music come alive and this project possible.

Stay tuned for more news and reviews, and plans for the Grammys! I think we have a really good shot at taking it home. Congratulations to all of the Grammy nominees!