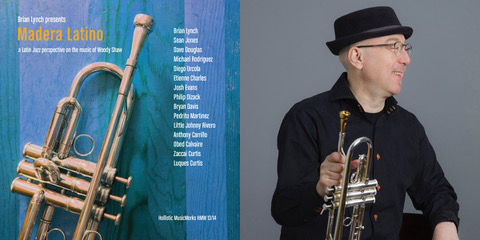 Winners of the 21st Annual Jazz Awards, celebrating 41 categories of excellence in music and music journalism, were determined by the two-stage voting of full JJA members — writers, broadcasters, photographers, videographers and other media professionals engaged in disseminating news and views of jazz.

Lynch stated after hearing the news of his awards: “I’m elated over this signal recognition of my work as a performer and recording artist by this prestigious organization. To receive a JJA Jazz Award is to be conferred a distinct and coveted honor. To receive two in the same year is almost beyond belief! I would like to dedicate these awards to the living and growing legacy of the great Black American musical genius Woody Shaw, whose time is coming closer every day as more musicians and listeners recognize the vital importance of his work to the continuation of this art; and to all independent artists like myself everywhere – as someone who many of us are missing very much right now once said, ‘yes we can!’”

JJA Record Of The Year Madera Latino explores the music of jazz innovator and master trumpeter Woody Shaw, a main influence on Lynch’s work as player and composer, through the lens of authentic Afro-Caribbean rhythm, framed by the loving treatment of his compositions in virtuosic Latin Jazz style by Lynch. It is also a heartfelt tribute to the genius of Shaw by a all star lineup of today’s top trumpeters: Lynch, Sean Jones, Dave Douglas, Diego Urcola, Michael Rodriguez, Etienne Charles, Josh Evans, and Philip Dizack, along with a truly mighty Latin Jazz rhythm section: percussionists Pedrito Martinez and Little Johnny Rivero, bassist Luques Curtis (all three integral to the success of Lynch’s 2006 CD Simpático, a Grammy@ Award winner in the Latin Jazz category), along with drummer Obed Calvaire, percussionist Anthony Carrillo, and pianist Zaccai Curtis.

As a jazz trumpet star, Lynch’s career over the span of more than 35 years has been a notable one, dating back to long tenures with the Horace Silver Quintet and Art Blakey’s Jazz Messengers in the 1980s and early 1990’s and leading to epic collaborations straddling each side of the millennium with Latin/ Latin Jazz icon Eddie Palmieri and alto sax legend Phil Woods. Other artists in the jazz, Latin, and allied music fields that he has had significant associations with include Benny Golson, Hector LaVoe, Toshiko Akiyoshi, Lila Downs, Charles McPherson, and Prince, among countless others. Throughout his career, Lynch has led his own bands, touring the US, Europe and Japan since the 1980s, and has also co-led ensembles with colleagues such as trombonist Conrad Herwig (notable for the Latin Side series of recordings).

Lynch is also active as an educator and is Professor Of Studio Music And Jazz at The Frost School Of Music, The University Of Miami. Other educational associations include Artist In Residence for the Wisconsin Conservatory Of Music’s Jazz Institute, and Artist In Residence and Director for Ensamble Tonica, Fundacion Tonica GDL, Guadalajara, Mexico.

Brian Lynch is a Yamaha Performing Artist and endorses Austin Custom Brass mouthpieces as well as the Lefreque Sound Bridge.

For more information about Brian Lynch along with his performing schedule, see his website at www.brianlynchjazz.com.