This collection of standards and jazz classics, played with warmth, intelligence and lack of cliche by the intergenerational collaboration between Grammy® Award winning trumpeter Brian Lynch and new piano star on the modern jazz horizon Emmet Cohen, is a natural companion to “Questioned Answer” (Hollistic MusicWorks HMW 12), from whose recording sessions these cuts have been culled from.

The musical lock between Lynch and Cohen has roots that go beyond the work they’ve put in towards crafting a distinctive sound in both quartet and duo formats. Their common ground in committing to grounded, yet contemporary playing and composing, coupled with the mixture of Lynch’s magisterial command and Cohen’s poised-beyond-his-years musicality, has resulted in a original and compelling group sound tailored for today’s listener. 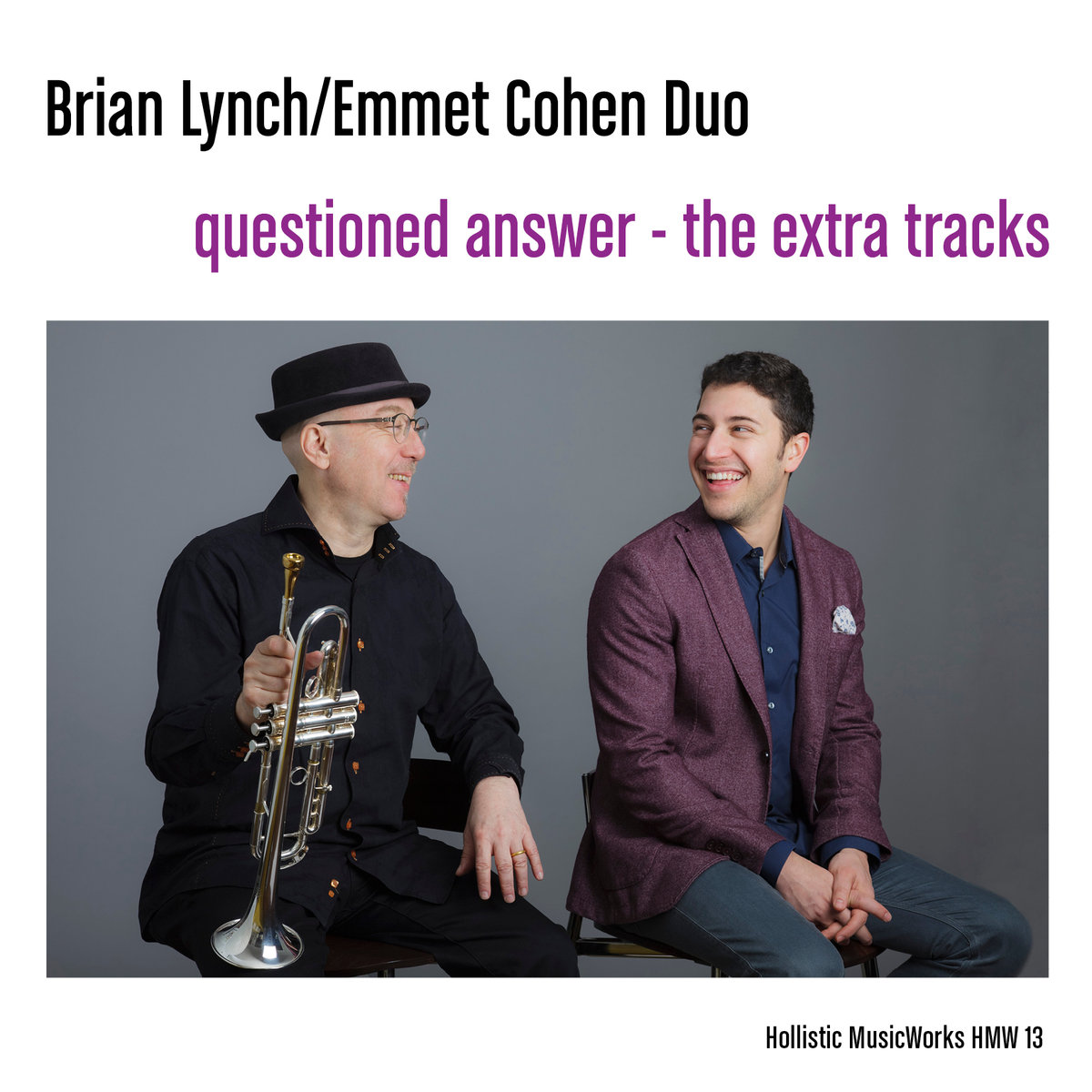